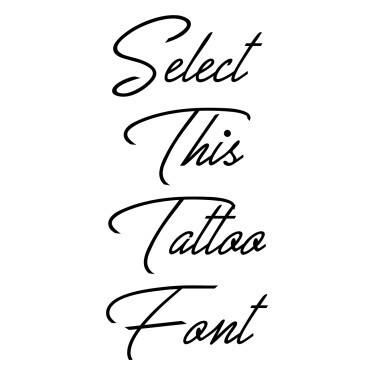 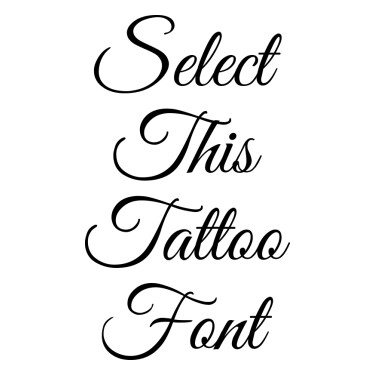 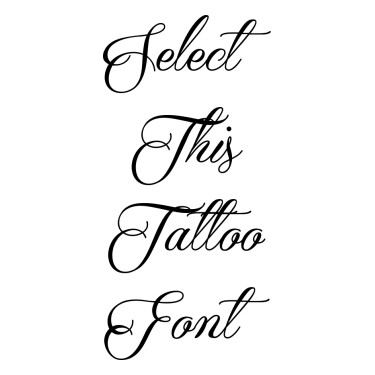 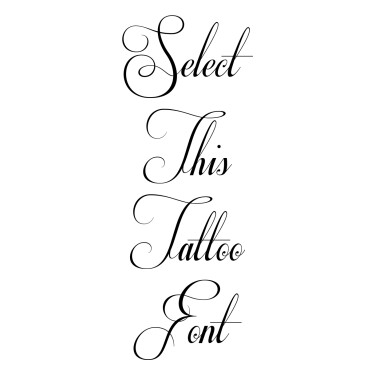 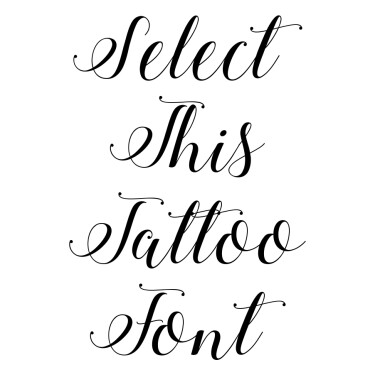 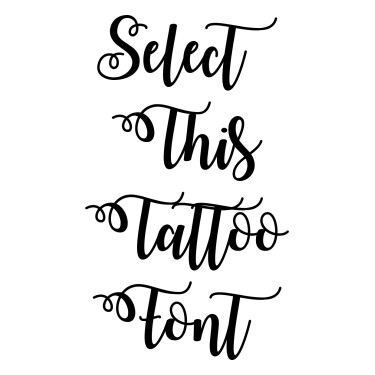 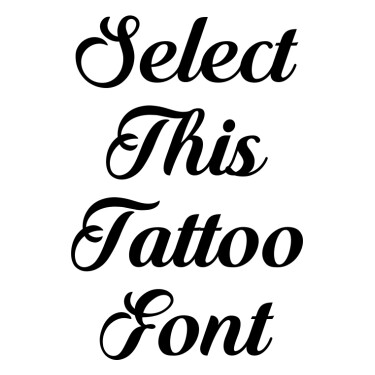 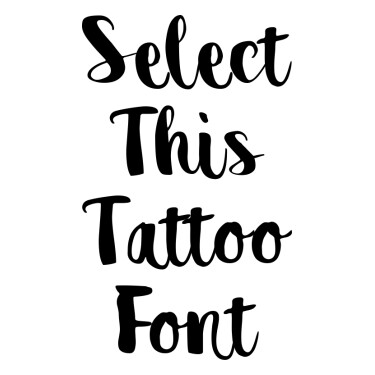 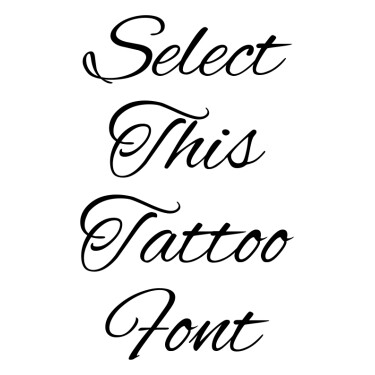 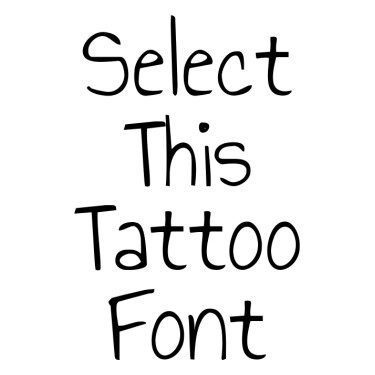 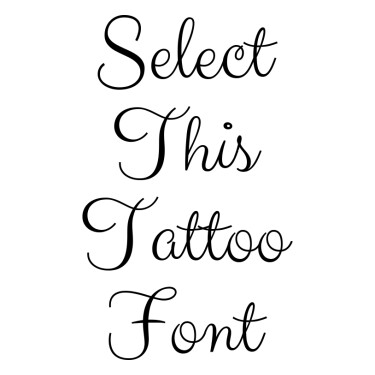 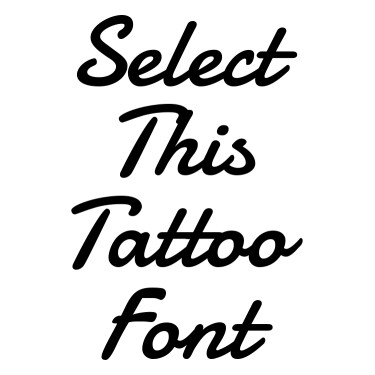 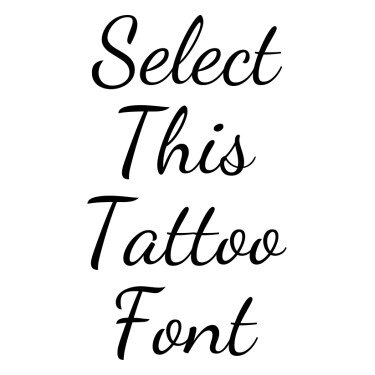 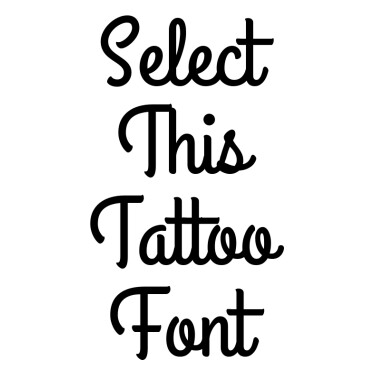 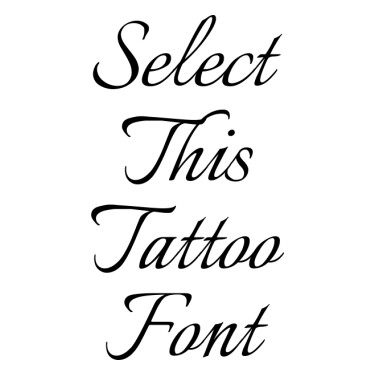 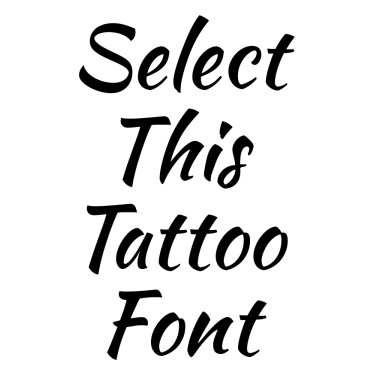 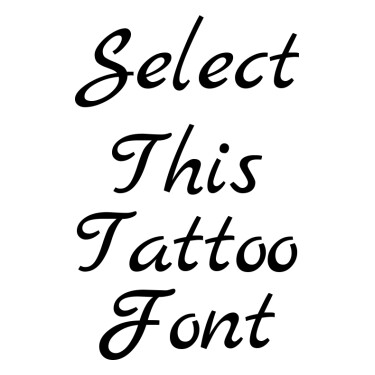 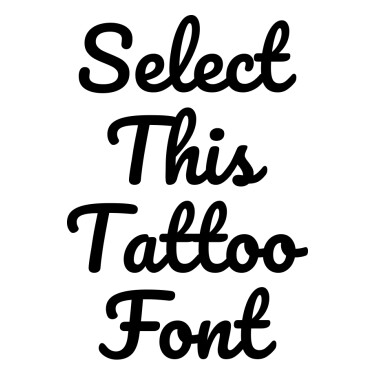 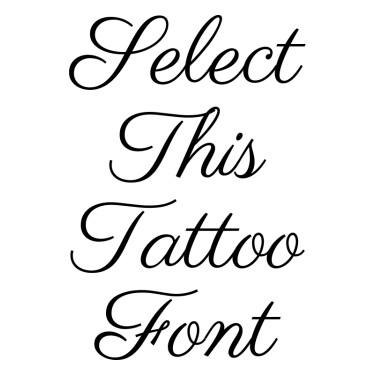 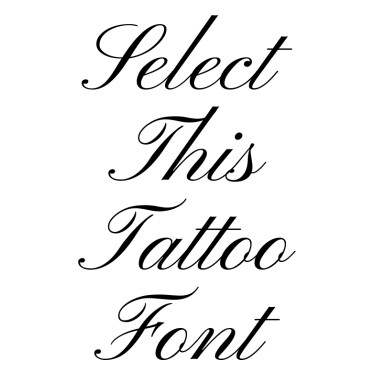 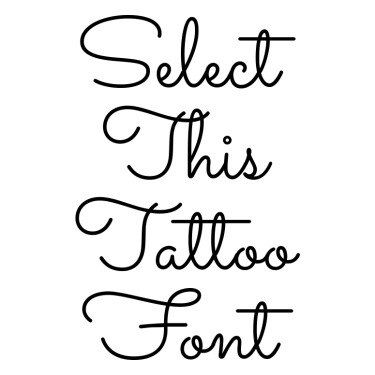 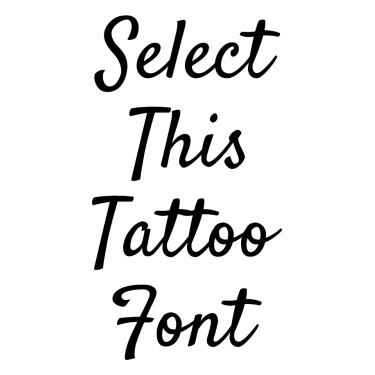 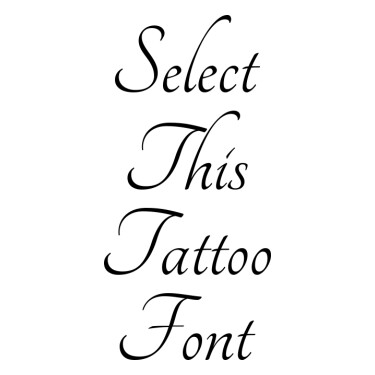 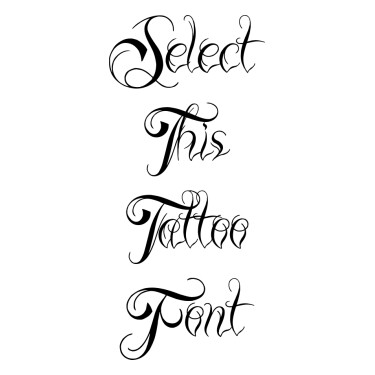 Script fonts, originally made popular in the world of flyers, wedding invitations, and cards, naturally found their way into the world of tattoo art as well. Text, and the many different variations and forms it’s written in, is one of the mainstays of tattoo art in general. Without script fonts, which is a part of the world of calligraphy, a large portion of available tattoo designs wouldn’t exist! Now, with our handy script tattoo font generator, you can see tons of popular script font designs, and choose one according to your preference.

Script fonts for tattoos is one way to express your unique creativity. Script font packs can be downloaded for free, or for a fee, from various sites on the Internet. Script calligraphy is similar to cursive, but much more open-ended. With script fonts, you can add any rendition to the letters themselves, as long as it’s still considered legible. This can include small bits of artwork, color schemes, angles, curvature, and more!

Handwritten script font is one of the greatest additions to alphabetical text in history! Famous artists have spent years creating custom script designs, all with a unique look and feel. Text based art serves as a compliment to more complex forms of art, and is generally added to tattoo art in the same way icing gets added to a cake.

Old English is one popular version of script font that has gained great popularity around the world, and has survived many grueling ages of text-based documenting. If you examine the letters of the Old English script font, you’ll see its reminiscent of the royalty of England. You can see that many letters collected from the England during the years are indeed written in Old English. Written most often as a means of presenting official notifications, invitations, and more.

Our super easy tattoo script font generator is a snap to use. Simply input your text, choose an available font, and our generator takes care of the rest. You’re presented with the text of your choice, along with your font design selection, in a much larger size and full design. This way, you have a clear vision of what your tattoo text will look like in a real tattoo! Be thinking of the words you can add to your tattoo that will mean something special to you forever.

Handwritten script, also known as hand script, is a fun and creative way to express your artistic side! The beautiful curves, dips, and angles of hand script calligraphy is a valuable skill to possess, and can even command thousands of dollars at art shows. Practice makes perfect! Check out our selection of script fonts we have available, input some text, and click Generate! This will convert your tattoo text, enlarge it, and present it in full design.