Thunderbirds are deeply embedded in Indian history. If there’s one symbol that people recognize most to be a Native American symbol, it’s the Thunderbird. Thunderbirds have a strong association with the Sun, and always seem to remind us of desert areas and objects baked by the sun. Sun dried clay pottery, and sun scorched desert are a few of these. 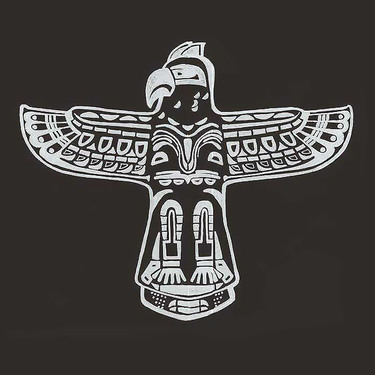 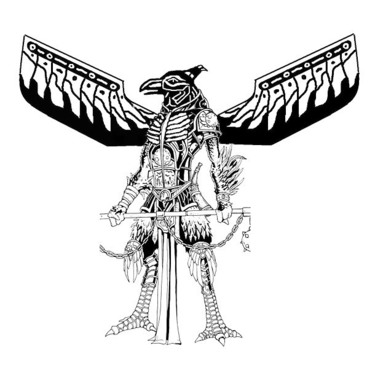 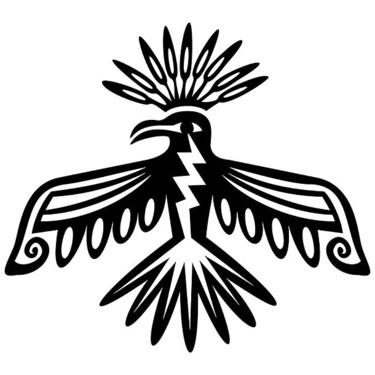 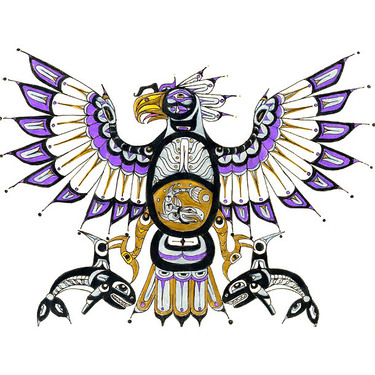 The thunderbird is also quite an emotionally “alarming” tattoo to see up close. When you see it, it seems to hit your perception in an instant, creating quite a memorable and forceful first impression. It seems to represent an unspoken and wild authority of the desert. And it’s one of the tattoos we see frequently with sharp/jagged edges and a large size. 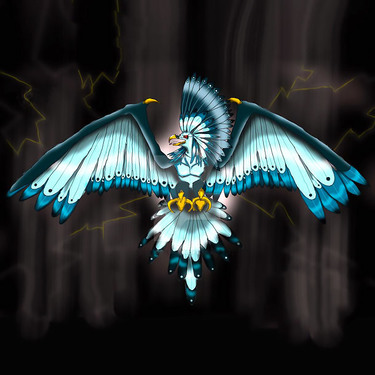 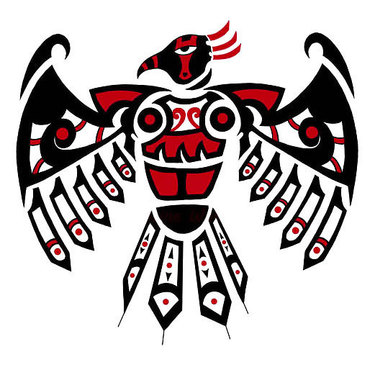 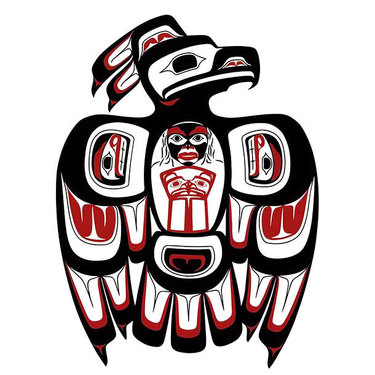 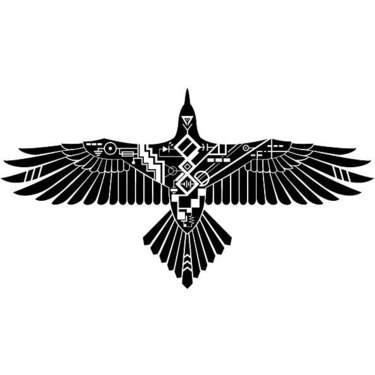 Native Americans are the only culture that recognizes the Thunderbird officially. Legend states the Thunderbird can shoot thunderbolts from its eyes, and it’s one of the official mythological beings of Indian ancestry. Thunderbirds and the Phoenix share the same supernatural status within Indian folklore, just like Dragons and the Leviathan are found in European fables. 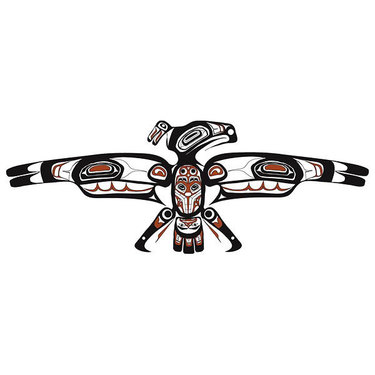 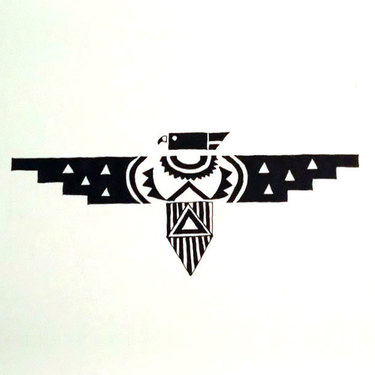 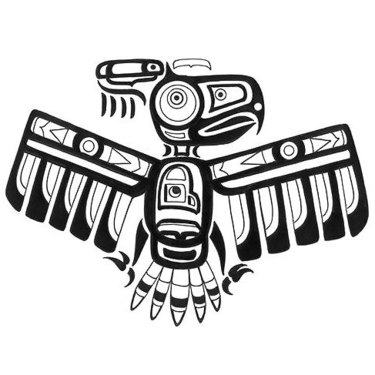 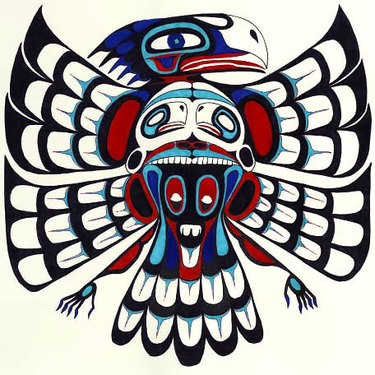 And it doesn’t stop there. Indians use Thunderbirds at the top of their totem poles, signifying them as an all-seeing eye and watchful authority that preside over matters of importance. 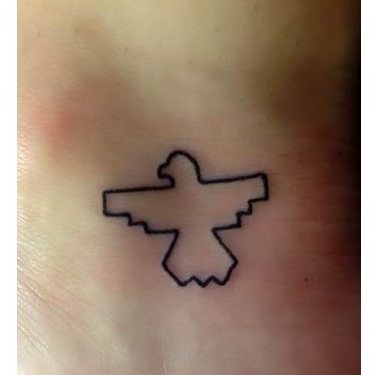 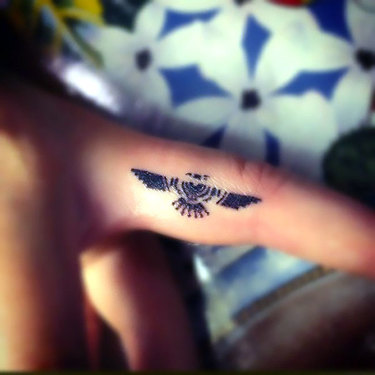 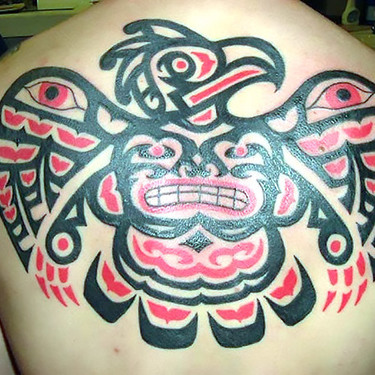 Native American Eagle on Back 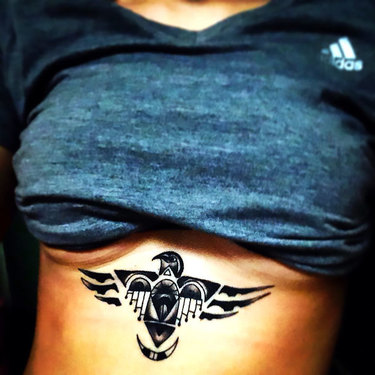 And in tribal association, only the most successful Chiefs and families were allowed to use the Thunderbird within their crest to represent themselves. Almighty power and the ability to enforce change is a great representation for the thunderbird. As is being an authoritative force without any known opposition. 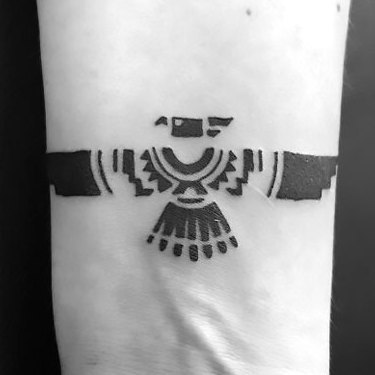 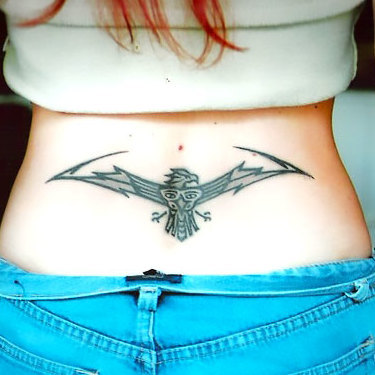 Thunderbird on Lower Back 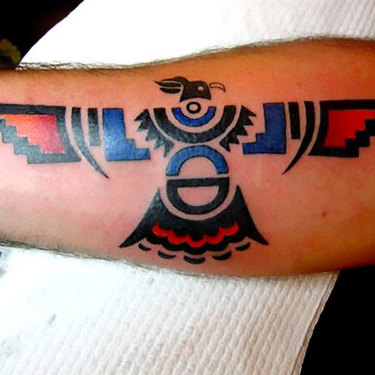 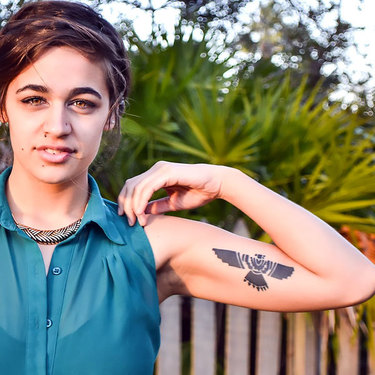 And in times of trouble, the Thunderbird does a great job in contributing to folklore and fables, which helps soothe rough nights and assist mothers and fathers to raise their families. 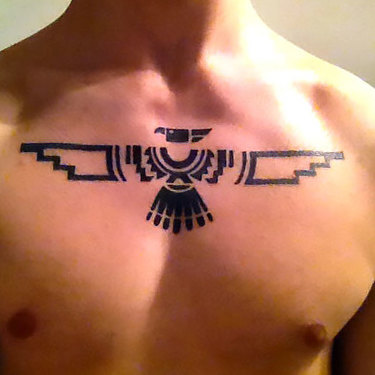 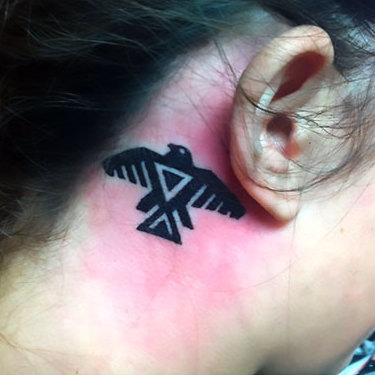 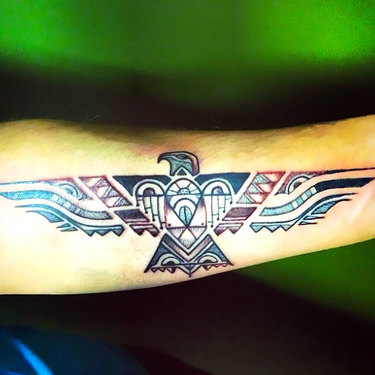 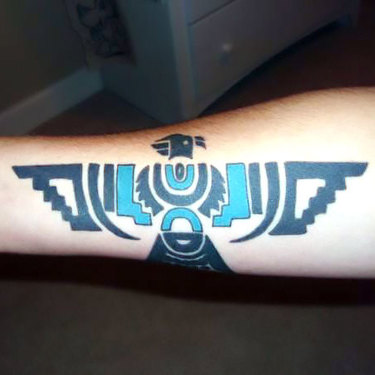