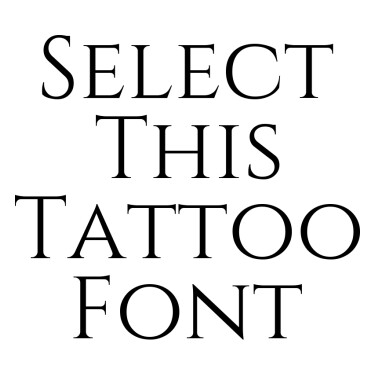 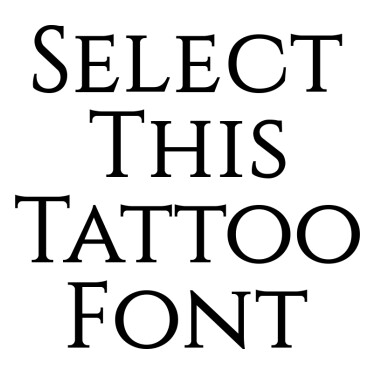 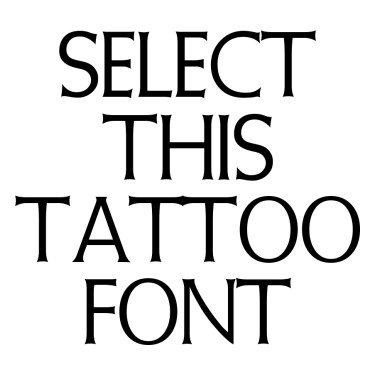 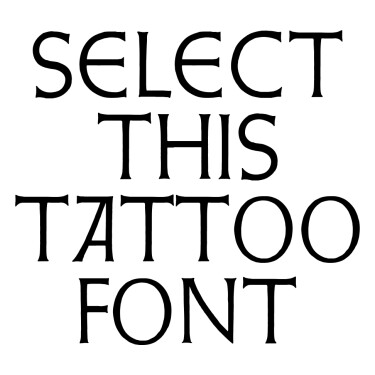 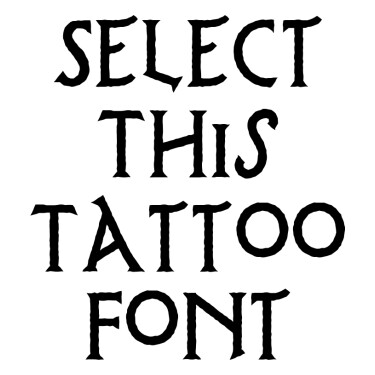 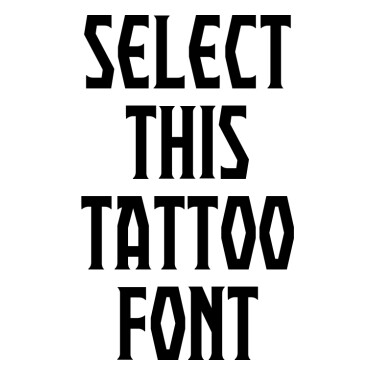 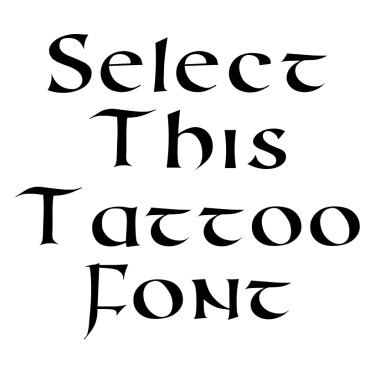 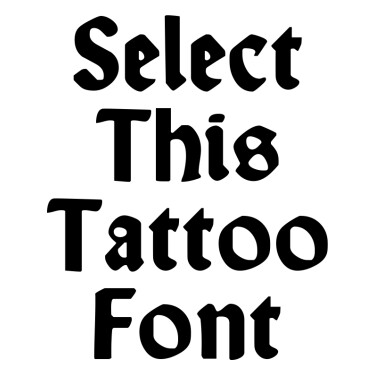 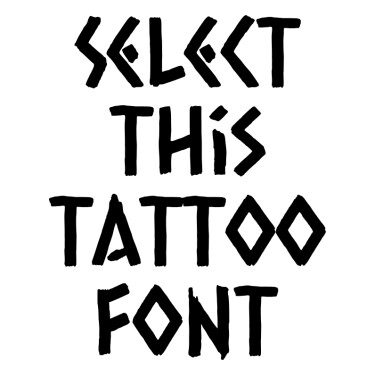 Unlike Old English, roman letters font designs have a much more uplifting look and feel. As you can see, the font letters are thinner and much more legible. They're easy on the eyes, and allow you to read larger passages of the roman font text without getting annoyed. Old English, on the other hand, is a much larger text type with very large block style lettering. Trying to make someone read even as much as a single sentence in Old English is almost always met with dismay. So if it's an ancient look and feel of text you want for your tattoo, and you want to display it in a more personable nature, then ancient roman font is what you want.

Roman numeral tattoo fonts have captivated people for thousands of years. And although ancient roman fonts are old, they've managed to stay alive in the hearts of men throughout the ages. Most often, roman numeral tattoo font are used as part of official introductions, such as numbered passages in a book or chapters. If you take a look at many novels written by famous authors, many use roman numerals as part of the chapter listing. Our ancient roman font generator can help you on your way to create the perfect tattoo. Select the font of your choice, input some text, and click Generate!, that's it! Your new text will show up in perfect detail.

Stonecutters have used ancient roman font to inscribe markings on stone for thousands of years. After the stonecutter years, scribes were born, and started using handwriting onto papyrus paper to document events and notable happenings. Because of the ease of using papyrus to write on, scribes were easily able to begin making progress in developing more advanced alphabets. Roman cursive, as opposed to plain block-style lettering, is an example of roman font evolution. If you want roman letters font in your next tattoo, we've got a few really nice ones you might be interested in. Give our roman font generator a try, and see if it might be a text type you'd like to see in a tattoo!